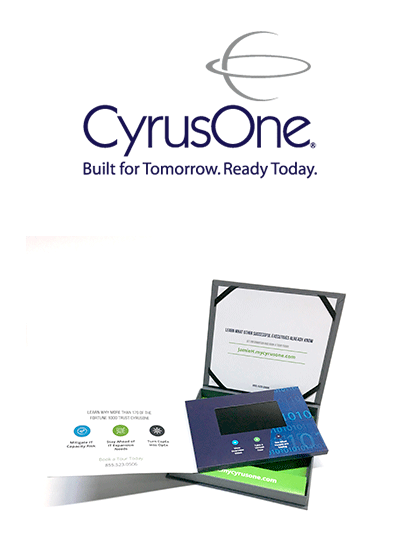 “It’s simple.” they said. “We just need to reach the C-Suite of some of the top cloud giants in the country.” We said “No problem!” as a little bead of sweat rolled down our collective forehead. In reality it was no problem. CyrusOne, a global data center, needed to reach the top executives of some of the biggest companies in Silicon Valley. We’re talking Facebook and AirBnB among others.

A simple email or postcard wouldn’t do. We used a strategy that identified the central decision maker and “influencers” then messaged to each of them multiple times through multiple channels. The campaign started with a strong list of only 350 prospects that was crosschecked with public data and double checked through good old googling.

Each target and the circle of influencers received 3 “touches” in the form of emails paired with an executive report mailed in a flat envelope. The use of personalized URL’s directed each recipient to a landing page with additional information tailored to his/her position. The CIO saw reports that spoke to the information technology solutions vs a CEO saw reports that related to capex expenditures.

A package containing a video player that would play once the recipient opened it got the attention of the right people and generated millions of dollars in new business opportunities for our client.